Mr erdogan, you threat us ( greek people) with a new war between greece and turkey.
You said to greek people, that you, and your military goverment will to attack to greek people, to destroy families, to kill and rape women, and catch up some greek islands, witout army and defense, and make true your dream to rebuilt the new ottoman empire and steal the riches of greek land and greek seas...So poor dream mr President of Turkey... your people turkish, kurdish, and others minorities, dont want another more stronger and catastrofic war with greece, because greece is a strong military power, and all the greeks will fight for their homes and their families, for their rights for their freedom, against your plans, against your invader army. Every corner, every house, every street, every inch of our country will be battlefield, not because we want war, but , because of your attack. I hope that turkish progressive people will be together with us, against you, and against your new imperialistics plans. We know that you work for the riches of turkey , and turkish monopolies , and you ignored the human rights, the freedom. You dont care for the poor workers of your country. You will make them meat for your profits.
Your name mr Erdogan , will be written in the history as a new dictator, a new great killer in the area of east mediterannean sea, and in middle east.You said that you won the greek army in 1922. i have to explain, that In 1922 the war was different. Greek attacked to made the new Byzantine empire, and they lost the war then. The greek nationalism defeteaded in 1922. Not the greek people. Today the things are different... We are in defense, and we will fight as lion in order to save our motherland, our families, our freedom. You will lost because you will be the spark, for a new workers front,againsts your imperialistics plans. Greeks and turkish workers together united, will fight against your plans, against your bloody petroleum profit, and your bloody money, for a peacfull future between turkish and greek people. You know better than me that war do revolutionary situation, and nobody wants to kill or die for your stupid nationalistic dream . Mr Erdogan, you are not sultan, you are an old man, The better for you is, to enjoy your last times of your life with your family and your friends!
i hope the last time you understand that the great persons in history made great civil works and not murders ...
I am not nationalist, and i dont want war, and hope to a peaceful future between greece and turkey. But , you never think that i am slave. I am a proud human being, and i ll fight for my freedom against your plans. Today i have in turkey millions people with me. Millions people against war, against Nato, against your bloody system of profit.
Power to the people! 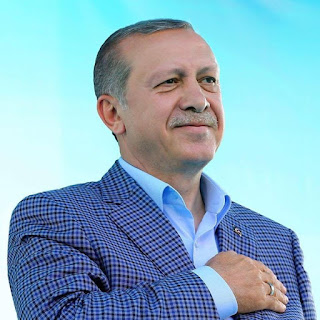